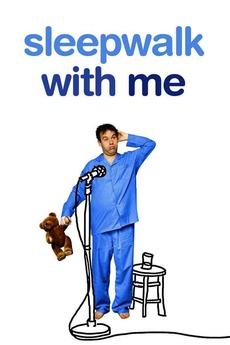 Sleepwalk with Me
JustWatch

A comedy for anyone who's ever had a dream. And then jumped out a window.

A burgeoning stand-up comedian struggles with the stress of a stalled career, a stale relationship, and the wild spurts of severe sleepwalking he is desperate to ignore.

Note: in dire need of an update. Prior to adding Tyrannosaur, Frownland, Notes on a Scandal, & To the Bone on…