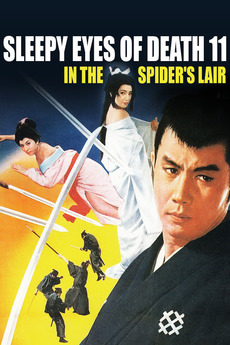 Sleepy Eyes of Death 11: In the Spider's…
JustWatch

Sleepy Eyes of Death 11: In the Spider's Lair

The titular "tarantula" is a murderous woman who, along with the brother who is in love with her, kill without warrant because they are wealthy & above the law. Kyoshiro the homeless masterless wandering samurai has nothing to lose, & no scruples anyway, so can reproach even the powerful with ease. He is thus, for all that he has broad streaks of villainy all his own, a champion of the people by default.

The Ninja is a master of stealth, sabotage, infiltration, assassination and looking cool.