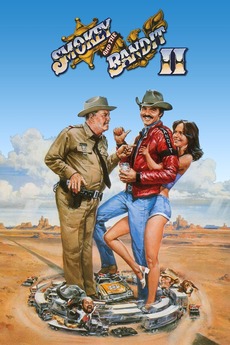 Smokey and the Bandit II
JustWatch

Smokey and the Bandit II

The Bandit is back and better than ever!

The Bandit goes on another cross-country run, transporting an elephant from Florida to Texas. And, once again, Sheriff Buford T. Justice is on his tail.