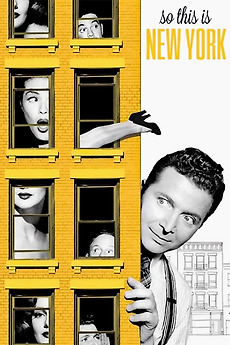 So This Is New York

A small town man inherits a significant fortune and takes his family to New York City whereupon they are continually shocked at the alien culture of the Big Apple.