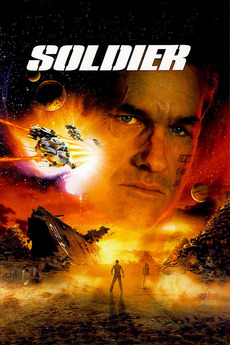 Left for dead on a remote planet for obsolete machines and people, a fallen hero has one last battle to fight

Sergeant Todd is a veteran soldier for an elite group of the armed forces. After being defeated by a new breed of genetically engineered soldiers, he is dumped on a waste planet and left for dead. He soon interacts with a group of crash survivors who lead out a peaceful existence. The peace is broken as the new soldiers land on the planet to eliminate the colony, which Sergeant Todd must defend.

I'm posting this list earlier than normal as I'm not sure I'll be around much next week.