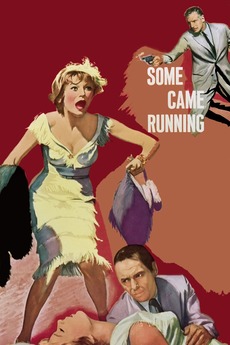 Everyone knew Dave was back in town ... and woman-trouble must be close behind !

Dave Hirsch, a writer and army veteran, returns to 1948 Parkman, Indiana, his hometown. His prosperous brother introduces him to Gwen French...