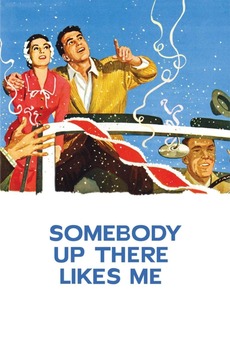 Somebody Up There Likes Me
JustWatch

Somebody Up There Likes Me

A Girl Can Lift A Fellow To The Skies!

The story of boxer Rocky Graziano's rise from juvenile delinquent to world champ.

(Read the notes or else none of these recommendations will make sense!)

My All-Time Favorite Directors (by formula)

Many thanks to John Tai for creating the spreadsheet, scripts, and formulas from which this list was made, and to…

'1000 Films to Change your Life' is a book with excerpts from many highly regarded critics, actors, directors and writers,…