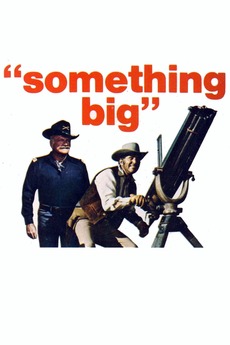 Sooner or later, Baker will find the right girl. And when he does, he'll swap her for a machine gun. And do something big.

Joe Baker has a dream. He wants to do 'something big.' When he needs a Gatling gun to accomplish this, he seeks out a black marketeer. The price he wants for the gun? A woman! So Baker kidnaps a woman off of the stagecoach, only to find that she is the wife of the commandant of the local Cavalry detachment. Things get further complicated when a girl named Dover McBride shows up. She has come to force Baker to marry her and return east, as he promised to do four years earlier

Published in 1981, NME scribe Fred Dellar produced a definitive guide to all the films released up to that point…

The Wild West ...of my living room (COMPLETE)

How has isolation been treating you? As the walls close in, I have decided to turn my attention westward to…

A list of films I saw between the ages of 11 and 15 before I really felt like a cinephile.…