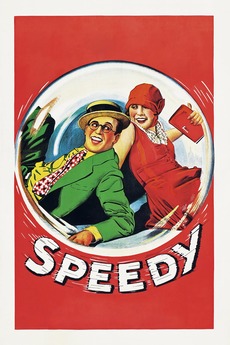 You've Waited a Year for This But WOW! What a Hit!

Speedy loses his job as a soda jerk, then spends the day with his girl at Coney Island. He then becomes a cab driver and delivers Babe Ruth to Yankee Stadium, where he stays to see the game. When the railroad tries to run the last horse-drawn trolley (operated by his girl's grandfather) out of business, Speedy organizes the neighborhood old-timers to thwart their scheme.

Updated once a month.