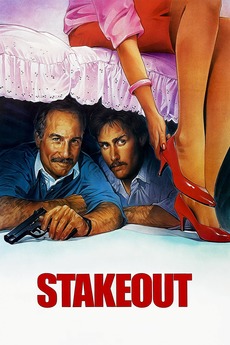 It's a tough job but somebody's got to do it!

Two cops are given the 'dirty' job of staking out the home of an escaped convict's ex-girlfriend. Chris and the beautiful girlfriend accidentally meet and fall in love. Just as Chris confesses, the convict appears, but will she betray him ?