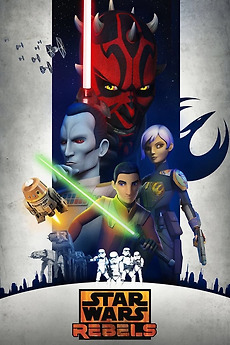 Ezra, having grown in power, leads a mission to break the crew's old friend Hondo Ohnaka out of prison. Meanwhile, Grand Admiral Thrawn -- a master Imperial strategist -- has vowed to dismantle and destroy the growing rebellion.

All Animated Movies I've seen ranked from best to worst. Coming up Next: Summer Wars 5 Centimeter per Second Tokyo…

I FUCKING LOVE STAR WARS: The Most Comprehensive Star Wars List on Letterboxd

Every Movie Disney Lays Claim To On Disney+ (Can You Watch Them All?)

(NOTE: Some are not yet on the service, but are slated to be, therefore appearing on this list.)