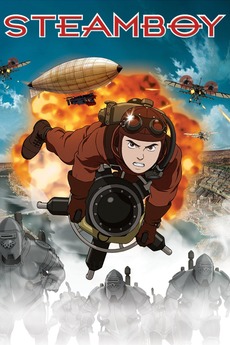 He will save the future.

After receiving a package from his grandfather, Ray, a young inventor who lives in England during the mid-19th century, finds himself caught in the middle of a deadly conflict related to a revolutionary advance in steam power.