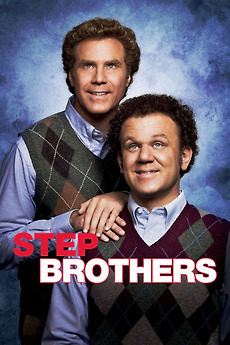 They grow up so fast.

Brennan Huff and Dale Doback might be grown men. But that doesn't stop them from living at home and turning into jealous, competitive stepbrothers when their single parents marry. Brennan's constant competition with Dale strains his mom's marriage to Dale's dad, leaving everyone to wonder whether they'll ever see eye to eye.

Vote on the best movies of the 2000s!(Voting Now Closed!)

VOTING NOW CLOSED  WINNER: The Dark Knight  ⬇️THE RULES⬇️ Alright you know the drill! Vote on you favorite film of…