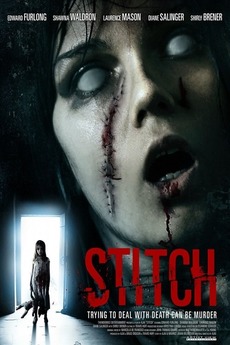 Dealing with Death can be Murder

Stitch follows the story of grieving parents as they cope with the loss of their young daughter. At the height of their desperation, they turn to their best friends for healing advice, who lead them into the deep desert for a weekend ritual meant to burn away emotional baggage. Unfortunately the amateur ritual goes awry, and cosmic forces are unleashed, revealing something sinister ravaging each person with a progression of gruesome, medieval surgical scars. As the stitches rip skin and tear apart relationships, a battle for survival ensues, forcing the couples to come to terms with loss, betrayal, love, and hope.