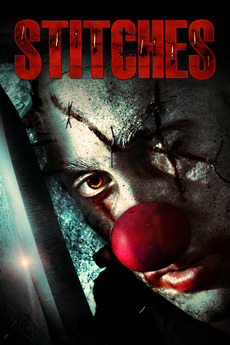 The clumsy and unfunny clown Richard "Stitches" Grindle entertains at the 10th birthday party of little Tom, but the boy and his friends play a prank with Stitches, tying his shoelaces. Stitches slips, falls and dies. Six years later, Tom gives a birthday party for his friends at home, but Stitches revives to haunt the teenagers and revenge his death.