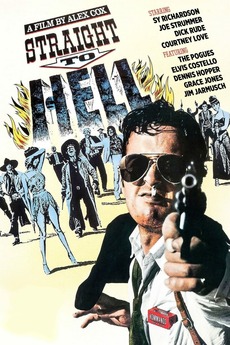 A story of blood, money, guns, coffee, and sexual tension.

A gang of bank robbers with a suitcase full of money go to the desert to hide out. After burying the loot, they find their way to a surreal town full of cowboys who drink an awful lot of coffee.

Punk rock movies are movies that meet some of three criteria:

(1) They have lots of actual punk fucking rock…

Under the Influence 🥴 Best Films to Watch High