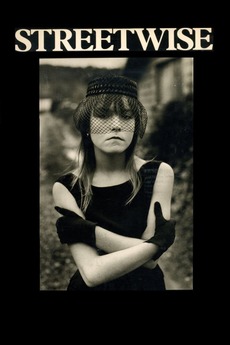 Taking their camera to the streets of what was supposedly America’s most livable city, filmmaker Martin Bell, photographer Mary Ellen Mark, and journalist Cheryl McCall set out to tell the stories of those society had left behind: homeless and runaway teenagers living on the city’s margins. Born from a Life magazine exposé by Mark and McCall, Streetwise follows an unforgettable group of at-risk children—including iron-willed fourteen-year-old Tiny, who would become the project’s most haunting and enduring figure, along with the pugnacious yet resourceful Rat and the affable drifter Dewayne—who, driven from their broken homes, survive by hustling, panhandling, and dumpster diving. Granted remarkable access to their world, the filmmakers craft a devastatingly frank, empathetic portrait of lost youth growing up far too soon in a world that has failed them.