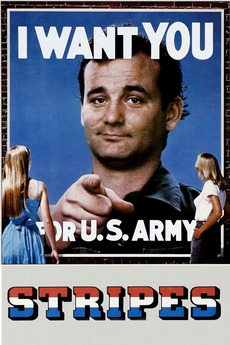 The story of a man who wanted to keep the world safe for democracy...and meet girls.

John Winger, an indolent sad sack in his 30s, impulsively joins the U.S. Army after losing his job, his girlfriend and his apartment.