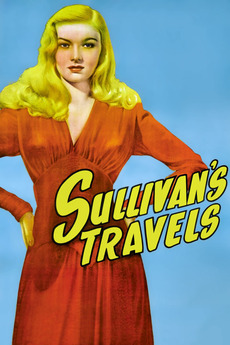 A Happy-Go Lucky Hitch-Hiker on the Highway to happiness! He wanted to see the world . . . but wound up in Lover's Lane!

Successful movie director John L. Sullivan, convinced he won't be able to film his ambitious masterpiece until he has suffered, dons a hobo disguise and sets off on a journey, aiming to "know trouble" first-hand. When all he finds is a train ride back to Hollywood and a beautiful blonde companion, he redoubles his efforts, managing to land himself in more trouble than he bargained for when he loses his memory and ends up a prisoner on a chain gang.

苏利文游记, A quimera do riso