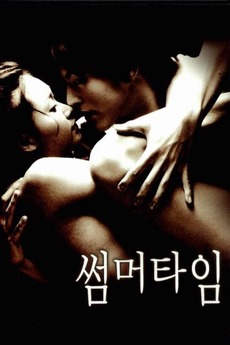 In the gloomy 80s, Sang-ho is wanted by the authorities for his participation in the student movement. Parting with his colleagues, Sang-ho happens to end up in a town on the outskirts, a town he has no connection to. The place where he is in hiding is the second floor of a worn down wooden house. Spending his time idly in the room, one day, Sang-ho discovers a hole looking into the room downstairs by chance. Casually looking through the hole, Sang-ho exhales. At first, Sang-ho tries to avoid looking, out of guilt. However, before he knows it, he is drawn to the hole. Every gesture she makes is very captivating and seductive. He watches her body, feels her, and takes her into his heart.