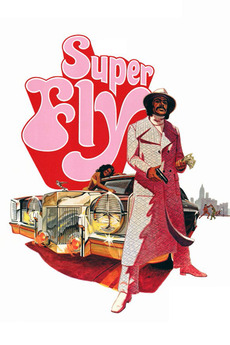 Never a dude like this one! He's got a plan to stick it to The Man!

Super Fly is a cocaine dealer who begins to realize that his life will soon end with either prison or his death. He decides to build an escape from the life by making his biggest deal yet.