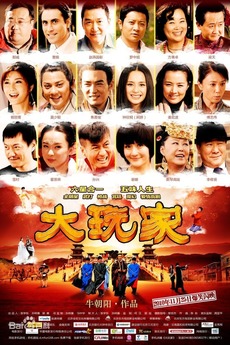 Northern China, the present day. Jobless and penniless after being sacked by his boss, and deserted by his wife and young son, 42-year-old cook Erbao attempts suicide but is saved by a fairy, whose sole purpose is to make him happy. She grants him wishes, with the proviso that if he doesn't find happiness he should utter the magic phrase "I'm having a great time!" and he will be returned to the present for another wish. Erbao chooses to be a martial arts hero, a millionaire, a film star and a beautiful young woman but finds all of their lives have drawbacks. Finally, he asks to become an emperor in Ancient China.

There are also commercials in here for some reason.