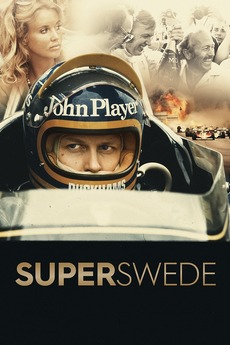 Superswede: A film about Ronnie Peterson

We all know how he died, this is the story of how he lived.

Ronnie Peterson nicknamed “Superswede” was the fastest formula 1-driver in the 70s who never became a world champion.

A list of all the films I have seen that were in Swedish, not necessarily from Sweden tho. As always,…