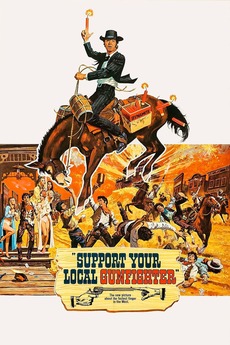 A con artist arrives in a mining town controlled by two competing companies. Both companies think he's a famous gunfighter and try to hire him to drive the other out of town.