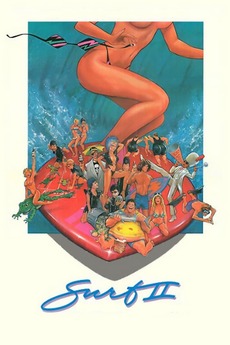 Surf II: The End of the Trilogy

The movie that gives insanity a bad name.

Evil Nerd Menlo wants to get revenge on some surfers by selling a bad batch of soda called Buzz Cola which turns people into mutant zombies. Its up to Jocko, Chuck, Bob and their surfer buddies to save the day.