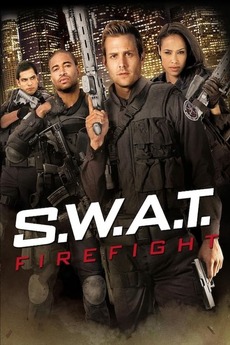 Los Angeles S.W.A.T. officer, Lt. Paul Cutler, is sent to train the Detroit S.W.A.T. team on new anti-terrorism and homeland security techniques. Cutler has a hard time settling into his assignment as he locks horns with his new captain and encounters resistance from the team he must lead. Cutler begins to adjust to his new assignment, starting a budding romance with police psychologist Kim Byers along the way. Unexpectedly, a routine hostage call turns deadly, and a relentless ex-government agent named Walter Hatch vows revenge on Cutler and the entire S.W.A.T. team for killing the woman he loves. Cutler must use his considerable S.W.A.T. training and knowledge to save his teammates and defeat a trained killer.