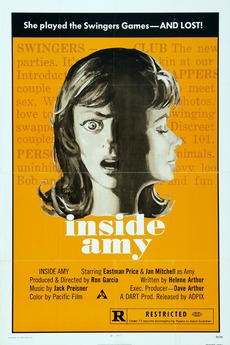 Beware of those who'll love you to death!

This thriller/drama follows a a suburban lawyer, down a ruinous, blood-covered road. The trouble begins when he tires of life in the slow lane and suggests that he and his wife should join a swinging couple's club and do a little spouse swapping. But then he begins suspecting that the wife is having too much fun with the other swingers