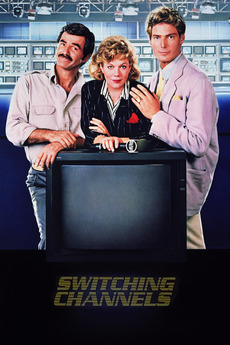 There's a lot more going on around here than news, weather, and sports.

A television news chief courts his anchorwoman ex-wife with an eleventh-hour story.