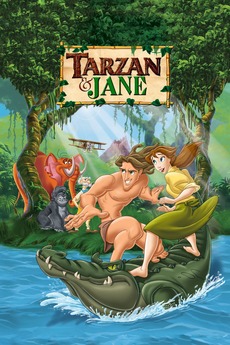 Sprightly amusement for kids of all ages, Disney's direct-to-video sequel to its animated hit sandwiches jungle derring-do and lots of silly sight gags between song and dance number. With the first anniversary of her wedding to Tarzan (voice of Michael T. Weiss) beckoning, Jane (Olivia D'Abo) ponders how to make it the perfect English celebration

current watching progress: (39) you know the drill. cursed content only. recommendations welcome, i will put the hyperlinked name of…

This list compiles all animated films produced by Disney. It does not include films that were only distributed by Disney,…

If you want to spend an amazing afternoon in the couch, these are your movies :)