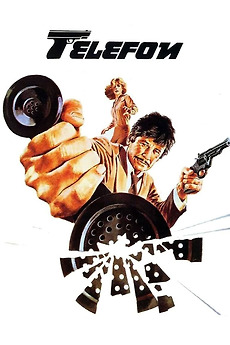 They'll do anything to stop Telefon. The operation that can trigger 51 human time bombs.

Nicolai Dalchimski, a mad KGB agent steals a notebook full of names of "sleeping" undercover KGB agents sent to the U.S. in the 1950's. These agents got their assignments under hypnosis, so they can't remember their missions until they're told a line of a Robert Frost poem. Dalchimski flees to the U.S. and starts phoning these agents who perform sabotage acts against military targets.

All the films I could find that QT uses as reference points in his films. 1-49 Reservoir Dogs (Django of…