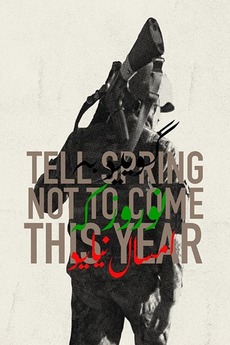 Tell Spring Not to Come This Year

When NATO troops withdrew from Afghanistan, the Afghan National Army (ANA) took over control of Helmand Province, an extremely dangerous region where attacks by Taliban fighters are the order of the day. Security, much less peace, would seem to be unattainable; it is even difficult to find a common language in a country where everyone mistrusts each other. The directors of this film accompanied an ANA company during a year of frontline duty in Helmand. The soldiers are paid irregularly, there are not enough supplies and their equipment is substandard. They cannot fight a war with the equipment left behind by the ISAF.