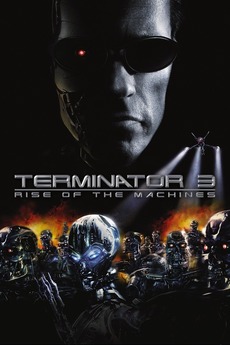 Terminator 3: Rise of the Machines
JustWatch

Terminator 3: Rise of the Machines

The Machines Will Rise.

It's been 10 years since John Connor saved Earth from Judgment Day, and he's now living under the radar, steering clear of using anything Skynet can trace. That is, until he encounters T-X, a robotic assassin ordered to finish what T-1000 started. Good thing Connor's former nemesis, the Terminator, is back to aid the now-adult Connor … just like he promised.

(UPDATED: November 22, 2020) Here's a complete listing of films streaming on HBO Max. I'll do my best to keep…