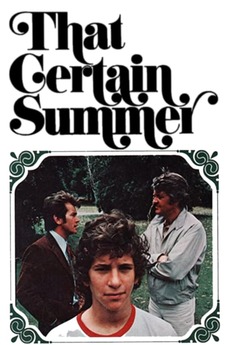 The first US teleplay to deal sympathetically with homosexuality. Divorced San Francisco contractor Doug Salter is looking forward to a summer visit from his fourteen-year-old son Nick, who lives in Los Angeles with his mother Janet. The boy does not know that his father is gay and committed to Gary McClain, his life partner of several years.

The book "Are you in the House Alone", edited by Amanda Reyes, is 330 pages chock full of television movie…

Films I've seen with LGBTQ+ characters/content. Some of the older films are more coded, but they feel like they should…

This list may include SPOILERS. A list of films that feature (a) gay or bisexual character/s and their names. I…