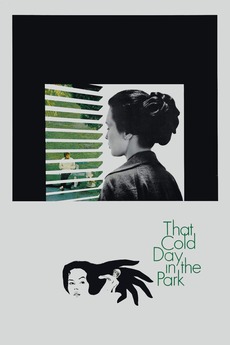 That Cold Day in the Park
JustWatch

That Cold Day in the Park

How far will a woman go?

Frances Austen, whose well-appointed apartment overlooks a park in Vancouver, one cold day, observes a rain-soaked young man on a park bench whom she assumes is homeless. Hoping to repress her loneliness, Frances invites ‘the boy’ inside her home to get warm and ends up encouraging him to stay. The young man accepts her every hospitality—food, clothes, profuse conversation, and a room of his own. Little does she realize that her guest is not the person he appears to be. Nor, for that matter, is Frances the woman that she appears to be.

Brian and Elric pull out some gems (10 each) from…