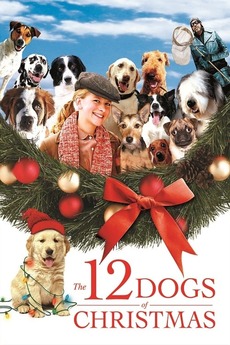 The 12 Dogs of Christmas
JustWatch

The 12 Dogs of Christmas

This holiday tale has all the elements of a classic heartwarmer--cuddly dogs, small town spirit, and even a full-fledged Christmas pageant. Set during the meager years of the Great Depression, 12 DOGS OF CHRISTMAS follows the story of Emma, a 12-year-old who is sent to live in Doverville, a rural town, with her aunt. The town has, like the rest of the nation, fallen on lean times and seem to have lost all interest in celebrating. However, Emma manages to enlist the town's dogs into a colorful holiday pageant that reminds the inhabitants that even the Great Depression cannot ruin the spirit of Christmas.

Films with Dogs on the film poster. Cause dogs are the best.

Every Christmas Film That I Can Find