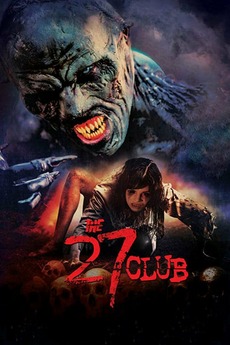 A singer-songwriter chasing fame and a journalism student researching his thesis are drawn into a sinister underworld as each attempts to discover the truth behind the curse of "The 27 Club".

The more Horror films the better. 🎃

Requirement: only one character, a female character.

(in no particular order)