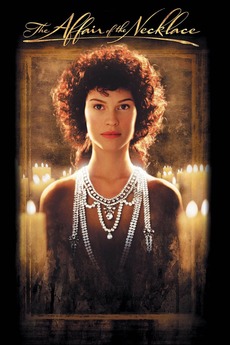 The Affair of the Necklace
JustWatch

The Affair of the Necklace

Her birthright was stolen. Her dignity taken. Her rights denied. Deception was the only option.

In pre-Revolutionary France, a young aristocratic woman left penniless by the political unrest in the country, must avenge her family's fall from grace by scheming to steal a priceless necklace.

NOTE: In the process of alphabetizing the list by name of the historical person…

These rankings are based on personal enjoyment, appreciation,…

in chronological order by birthdate

(any suggestions are very welcome!)