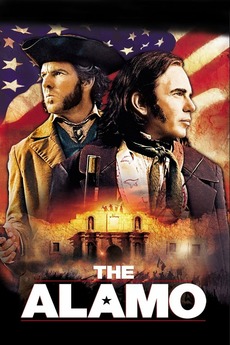 You will never forget

Based on the 1836 standoff between a group of Texan and Tejano men, led by Davy Crockett and Jim Bowie, and Mexican dictator Santa Anna's forces at the Alamo in San Antonio, Texas.