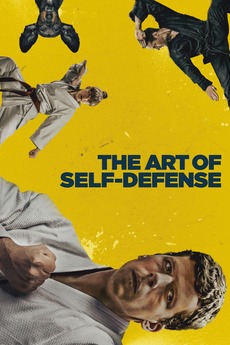 The Art of Self-Defense

Casey is attacked at random on the street and enlists in a local dojo led by a charismatic and mysterious Sensei in an effort to learn how to defend himself. What he uncovers is a sinister world of fraternity, violence and hypermasculinity and a woman fighting for her place in it.