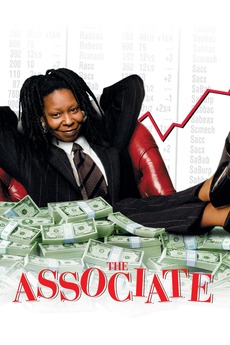 Behind Every Great Man Is A Woman... Wishing He'd Get The Hell Out Of Her Way.

Laurel Ayres is a businesswoman trying to make it but unfortunately she works at a investment firm where she does all the work but all the senior investors like Frank Peterson grab all the credit. She then leaves and starts her own firm. While trying to find clients Laurel pretends that she has a male partner named Robert Cutty. And when she starts to do well all of her clients wants to meet Cutty which is difficult since he doesn't exist.

Following the instincts of Little White Lies’ series on Obama era cinema. What qualifies for this list include films influenced…

The "The Character" Movie Title List of the 1990s

singular titular characters only, so "The Flintstones" wouldn't count, for instance.

By my definition, a gender bender movie is a movie where a character who presents as one gender finds themself…