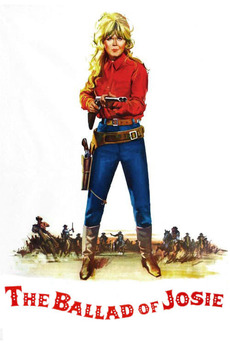 The Ballad of Josie
JustWatch

The Ballad of Josie

ARMED AND FEMALE - Women with Firearms

* refers only to the poster artwork

I have finally seen Doris entire filmography. I'm happy but also devasted. The fact that there's never going to be…

I have really enjoyed the Aurum books on Science Fiction and Gangster movies, and though Westerns are far lower on…