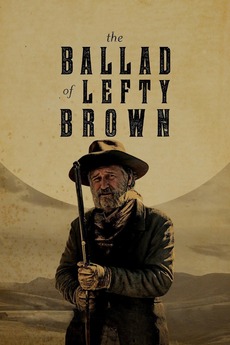 The Ballad of Lefty Brown
JustWatch

The Ballad of Lefty Brown

He never wanted to be the hero

Aging sidekick Lefty Brown has ridden with Eddie Johnson his entire life. But when a rustler kills Eddie, Lefty is forced from his partner’s shadow and must confront the ugly realities of frontier justice.