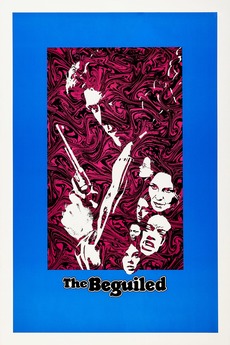 Offbeat Civil War drama in which a wounded Yankee soldier, after finding refuge in an isolated girls' school in the South towards the end of the war, becomes the object of the young women's sexual fantasies. The soldier manipulates the situation for his own gratification, but when he refuses to completely comply with the girls' wishes, they make it very difficult for him to leave.