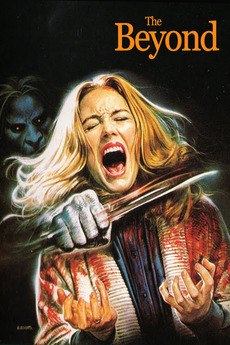 Beyond death... Beyond Evil... Beyond the dreaded gates of hell.

A young woman inherits an old hotel in Louisiana where, following a series of supernatural "accidents", she learns that the building was built over one of the entrances to Hell.