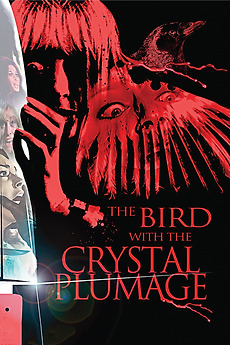 The Bird with the Crystal Plumage
JustWatch

A stunning portrait in psycho-terror!

While walking home one evening, Sam Dalmas, an American writer living in Rome, witnesses a violent struggle between a young woman and a black-coated figure in an art gallery. Dalmas attempts to intervene but is caught between the gallery's electronically operated glass doors, leaving the woman bleeding from knife wounds. Questioned by the police, the shocked author attempts to recall every detail regarding the incident. Convinced that there is an aspect of the crime he cannot recall, Dalmas begins his own investigation - putting himself and his girlfriend Giulia in line as the killer's potential victims...