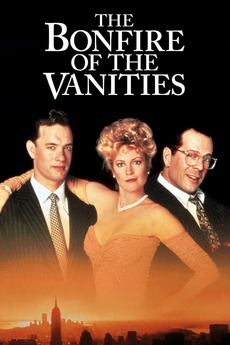 Take one Wall Street tycoon, his Fifth Avenue mistress, a reporter hungry for fame, and make the wrong turn in The Bronx...then sit back and watch the sparks fly.

After his mistress runs over a black teen, a Wall Street hotshot sees his life unravel in the spotlight; A down-and-out reporter breaks the story and opportunists clamber to use it to their advantage.

Bonfire of the Vanities, 夜都迷情