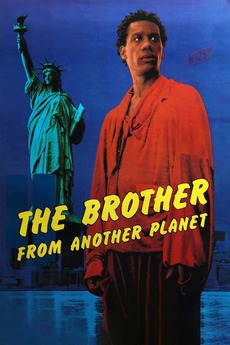 The Brother from Another Planet
JustWatch

The Brother from Another Planet

An alien slave crash-lands in New York City while being pursued by two Men in Black bounty hunters. His attempt to find a place for himself on Earth parallels that of the immigrant experience.