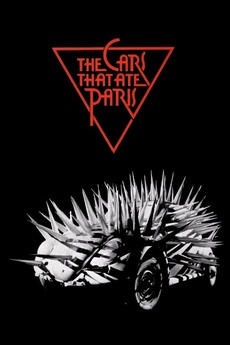 The Cars That Ate Paris
JustWatch

The Cars That Ate Paris

148 people live in the township of Paris and every one of them is a murderer.

After the death of his brother on the road, unemployed and unstable drifter Arthur Waldo stays for a while in the rural Australian town of Paris as the guest of the mayor, who hopes he will become a permanent member of the Paris population. Arthur soon realizes the quaint hamlet has a sinister secret: they orchestrate car accidents and rob the victims. Survivors are brought to the local hospital, lobotomized, and used for a local doctor's experiments.