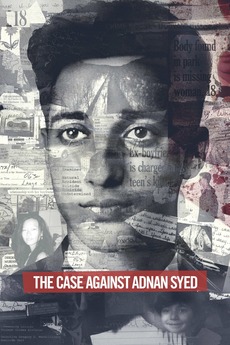 The Case Against Adnan Syed
JustWatch

The Case Against Adnan Syed

Explore the 1999 disappearance and murder of 18-year-old Baltimore County high school student Hae Min Lee, and the subsequent conviction of her ex-boyfriend, Adnan Syed, a case brought to global attention by the hugely popular Serial podcast.

Doc Talk with Never Not Funny

An unofficial list of all the films talked about in Doc Talk on the award-winning podcast Never Not Funny. Starting…

These rankings are based on personal enjoyment, appreciation and impulse. Results are guaranteed to shift upon rewatches & time.