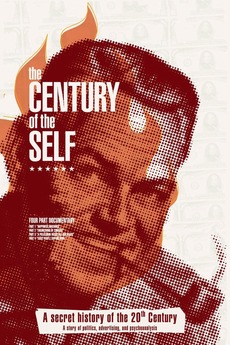 The Century of the Self

A secret history of the 20th Century

The legacy of famed psychoanalyst Sigmund Freud informs the lives of people throughout the world even to this day, though it's a phenomenon to which most are unaware. The film is an exhaustive examination of his theories on human desire, and how they're applied to platforms such as advertising, consumerism and politics.

Столетие личности, Century of Self